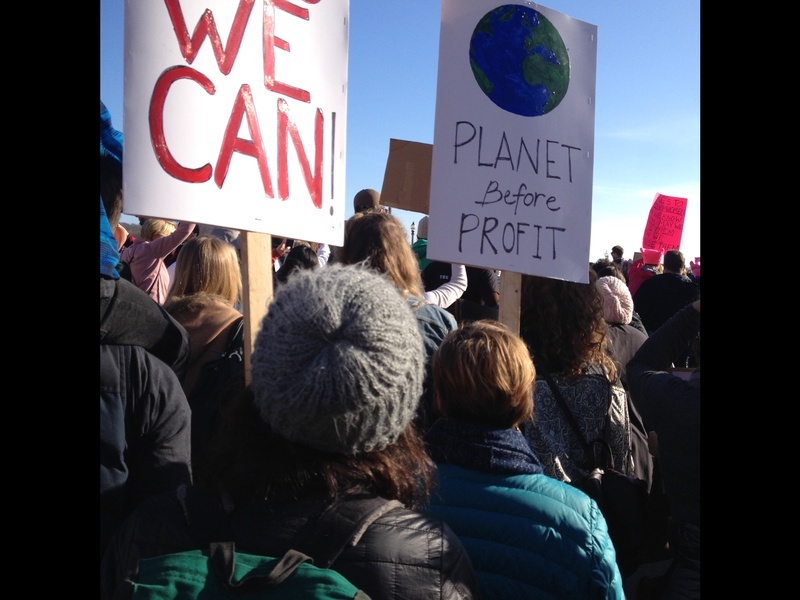 It was a day I won’t forget. On Saturday morning, January 21st, 2017, I woke up early and joined 250,000 people in The Women’s March in Chicago. Being a part of that march felt historic, and I’d like to share my experience with you.

You may wonder, why did I participate? I’m not a typical protestor. I haven’t often taken my views to the streets. I shy away from confrontation. Still, I felt compelled to participate. It represented an important way to share my numerous concerns about our new administration.

Despite some anxiety about potential violence, I pushed my worries aside. Here was an opportunity to voice my concerns about protecting women’s rights, healthcare, LGBTQ, immigration, and environmental rights. I’ve been worried that so many basic rights we’ve taken for granted are now in jeopardy. Since I’d be joining members from my synagogue, Congregation Hakafa, I felt more secure. At least I’d have company.

At 7:30 am, I hurriedly made a simple sign, “Rights For All Americans,” and dashed out the door. I drove to our local “L” (“elevated”) station, purchased my tickets and parking token, and made my way to the upper platform. No one could never have anticipated the crowds would swell to such enormous proportions. 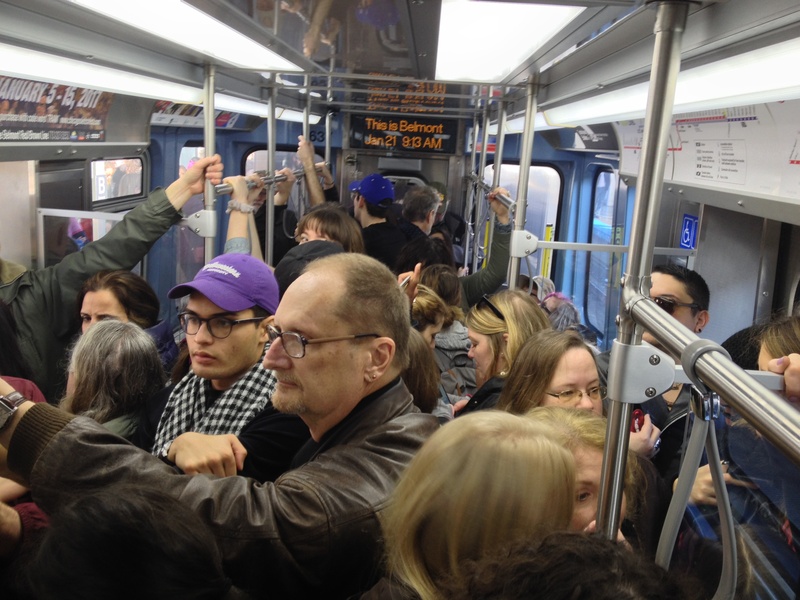 After entering the Wilmette train (first stop), I was lucky to get a seat. It would soon be jammed with people, elbow to elbow. I texted my two brothers and sister in different states, and their responses showed me they didn’t understand. “What good will it do?” they texted back. “Be careful,” wrote my sister. They didn’t get it. At one point, someone had a medical emergency, and the train stopped as people started shouting for a doctor. A typical trip to Chicago takes about 45 minutes. On this day, it took almost two hours! But it didn’t matter. We were united by a passion for human rights. 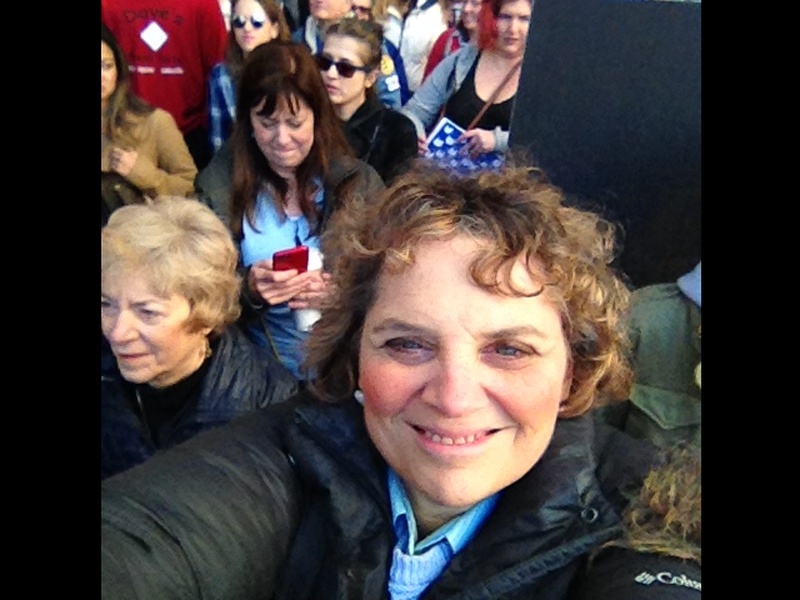 I’ve lived in Chicago my entire life, and I’ve NEVER seen so many people on the street. People snapped photos right and left. Children walked beside their moms and dads. Many wore knitted pink caps with cat ears, nicknamed “pussy hats” – a symbol of the march that poked fun at the derisive remarks made by this new President. After waiting 90 minutes in Grant Park, we finally started moving. Police guards nodded. Helicopters flew overhead. We chanted, waved signs and silently prayed for a more humane world. 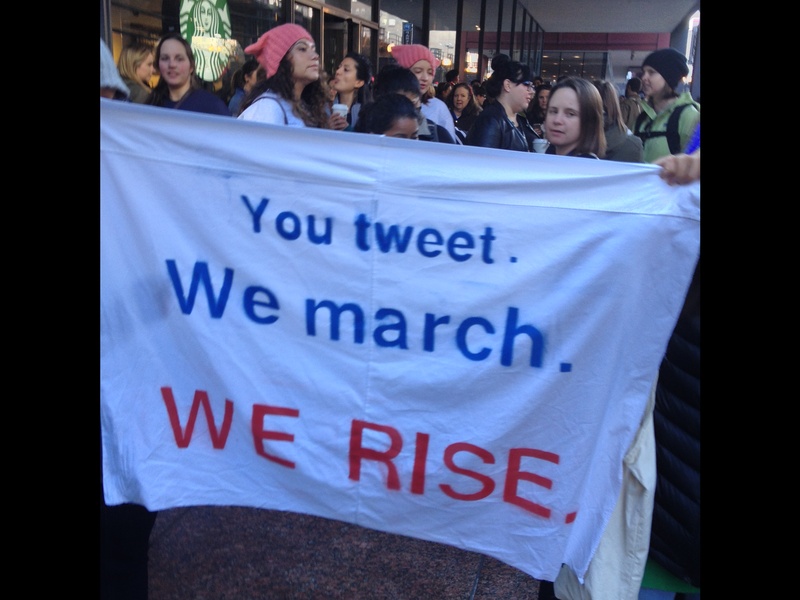 To me, it doesn’t matter whether you’re Democrat or Republican. What matters is our government is supposed to be FOR the people, BY the people. The public display of discontent will hopefully make a difference. I don’t know. But at least it’s something positive I can do.

The march allowed everyone to present a strong message to our government. “Human Rights = Women’s Rights.” We oppose Trump’s nominees for Cabinet, who have their own special interests in mind. 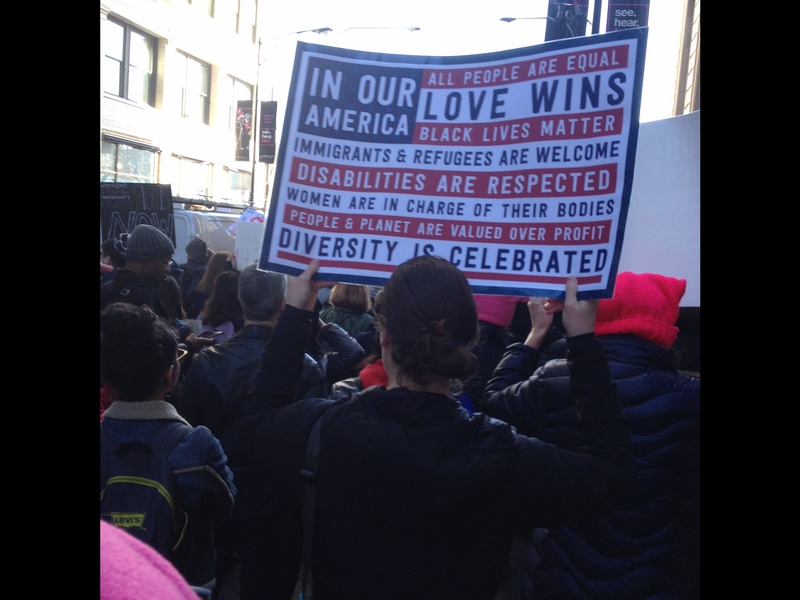 No one could have realized ahead of time how many people would show up!

USA Today reported that more than 1 MILLION people joined marches in over 600 sister cities around the country and world. In Washington, DC, an estimated 500,000 people marched. CNBC reports that 300 million women from around the world, including London, Berlin and Tokyo. Even the people in Antarctica marched!

As far as I know, nothing in that proportion has ever happened in our country before! That’s why – no matter whether you’re in favor or marches of not, the significance of this massive protest must be acknowledged. 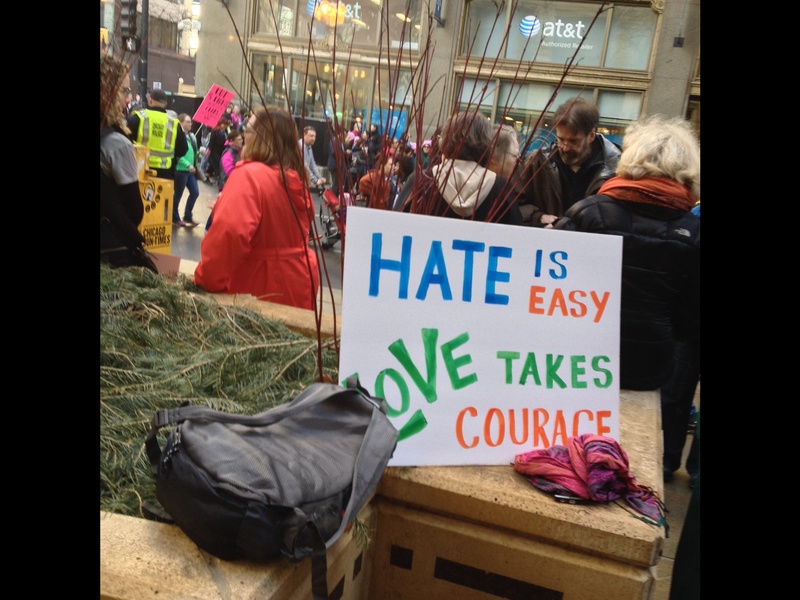 In the short time since President Trump has taken office, millions of people have already been stripped of their rights. The latest news states: “He plans to gut the Office on Violence against Women. He is going to sign an order to ban refugees and Muslims from entering the country. He is threatening to strip funds from sanctuary cities who welcome immigrants. (And do we need to pay billions to build a wall?)

If we are to keep our liberties as “one nation, under G-d, with liberty and justice for all,” I feel we must – we must — continue to let our voices be heard! 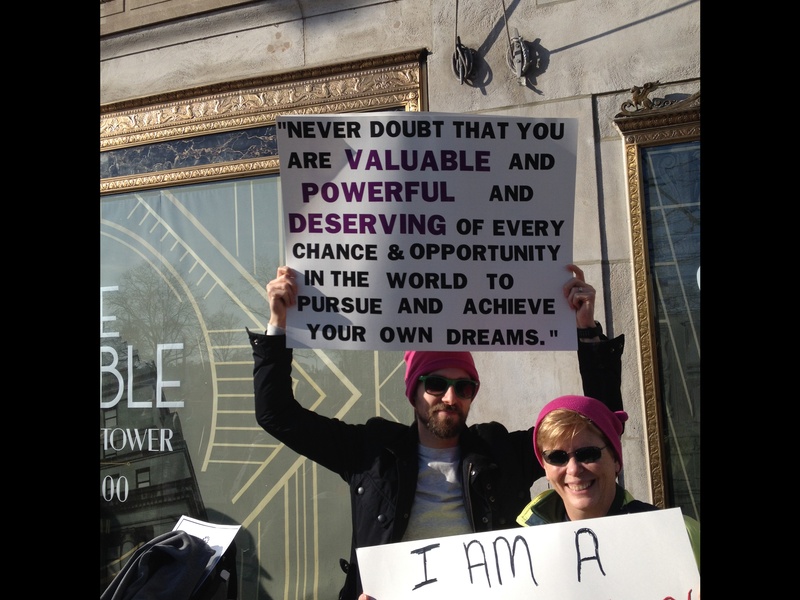